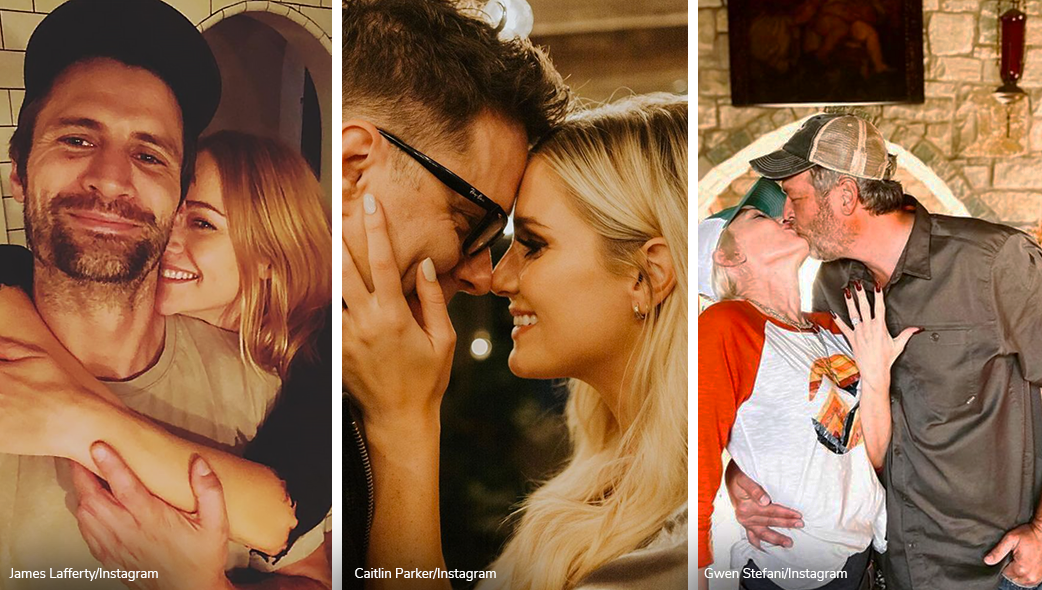 Earlier this year, we covered all of our favorite celebrity engagements and their A-list engagement rings. Now, we’re back for another round of star-studded sparkle. Scroll to find out which celebrities took the next big leap in their relationships – then shop their lookalike engagement rings.

Fans were over the moon after the Hollaback Girl singer and Shelton took to Instagram to announce their engagement. Stefani said yes to a gorgeous round-cut diamond, beautifully finished on a white gold solitaire setting. Like her engagement ring? We have no doubt (get it?) you’ll want to check out the lookalike:

The Bachelor in Paradise star took to Twitter to announce his engagement to model Saffron Vadher, tweeting ‘She said yes!!!’. Vadher was beaming as the star posted a clip of himself alongside his new fiancée, who flaunted a dazzling, custom-made emerald cut engagement ring. Feeling the FOMO? Go ahead and shop our emerald solitaire ring below:

The host of The Bobby Bones Show announced his engagement to his girlfriend Caitlin Parker. Bones pulled out all the stops with a romantic backyard proposal, like something straight out of a fairytale! It’s safe to say that Parker’s stunning oval cut solitaire ended the night on a sparkling good note. Want to try something different? Go long with this oval ring.

The Ex’s and Oh’s singer’s engagement to her boyfriend Dan Tooker may be the cutest of all the 2020 celebrity engagements to happen (so far!). Turns out, King had proposal plans of her own after getting down on one knee at the same time as her partner after they went horse riding together. If that isn’t couple #goals, we don’t know what is. Feeling inspired by her floral-style engagement ring? Shop this dazzling alternative.

The former One Tree Hill star certainly cooked up a storm after popping the question to actress Alexandra Park in the comfort of their kitchen. Lafferty broke the news on Instagram with a selfie and a simple caption: ‘She said yeah’. While proposing does tend to leave some people at a loss for words, we sure can talk about Park’s stunning solitaire ring all day long. Get your version of this simple, yet stunning ring that’ll make you glow.

Five months of dating was all it took for the Young and the Restless star Max Ehrich to realize that Demi Lovato was the one. In true beach fashion, Ehrich proposed to the Heart Attack singer in gorgeous Malibu with an equally stunning emerald three-stone ring, featuring a whopping seven carats! Pick up your own piece of heaven with our Lovato ring lookalike:

Feeling starstruck by celebrity engagement rings? Check out the articles below to get more inspiration! 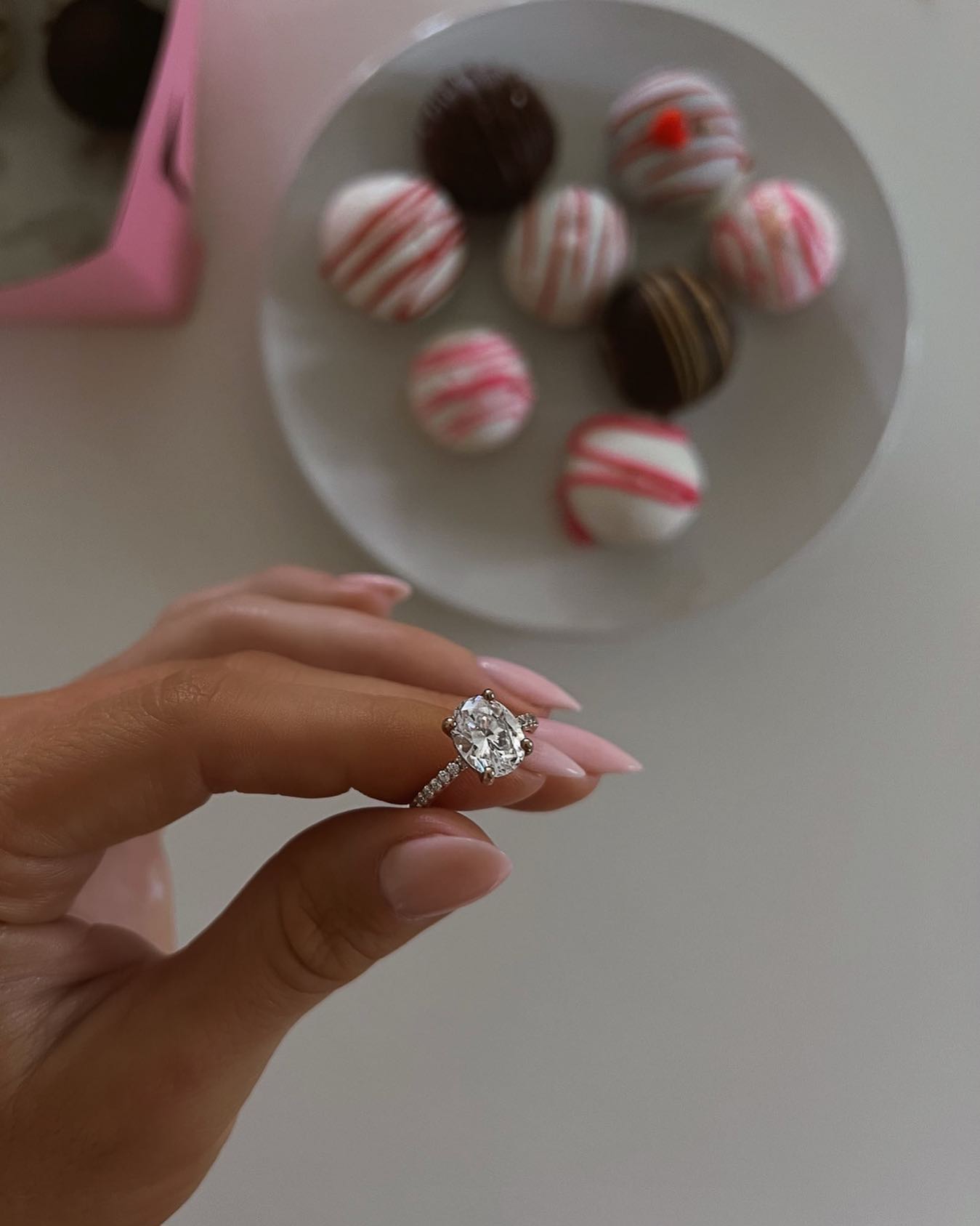 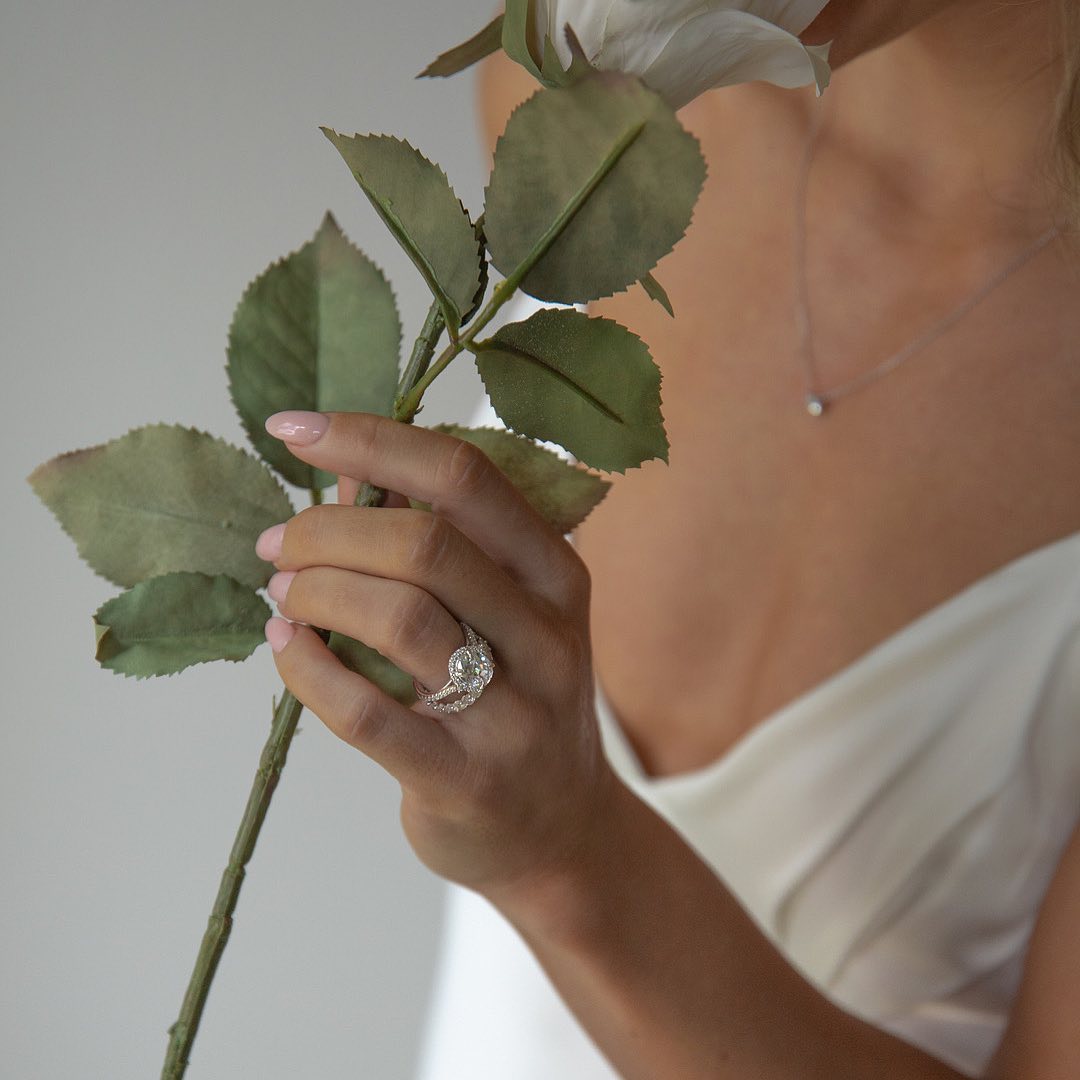 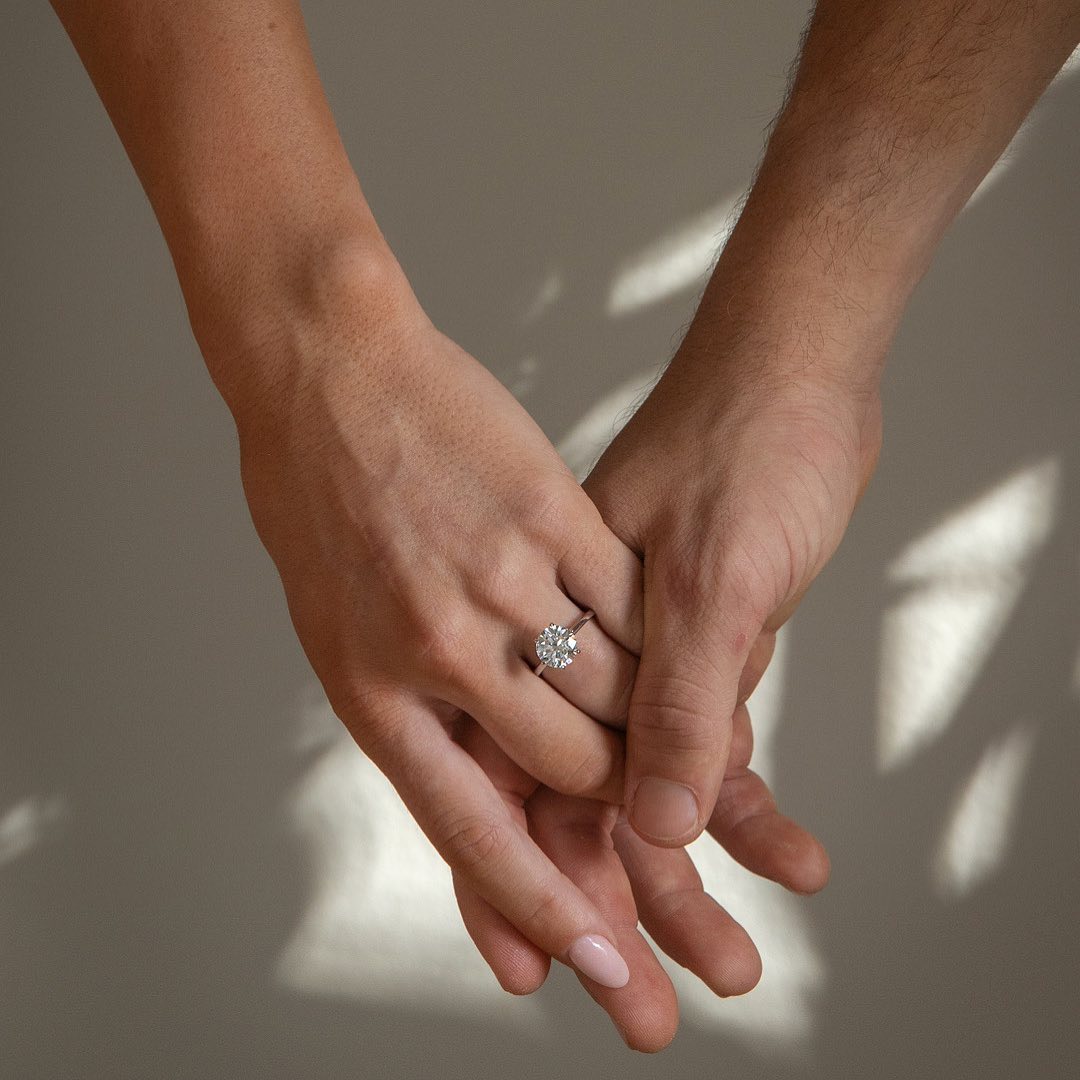 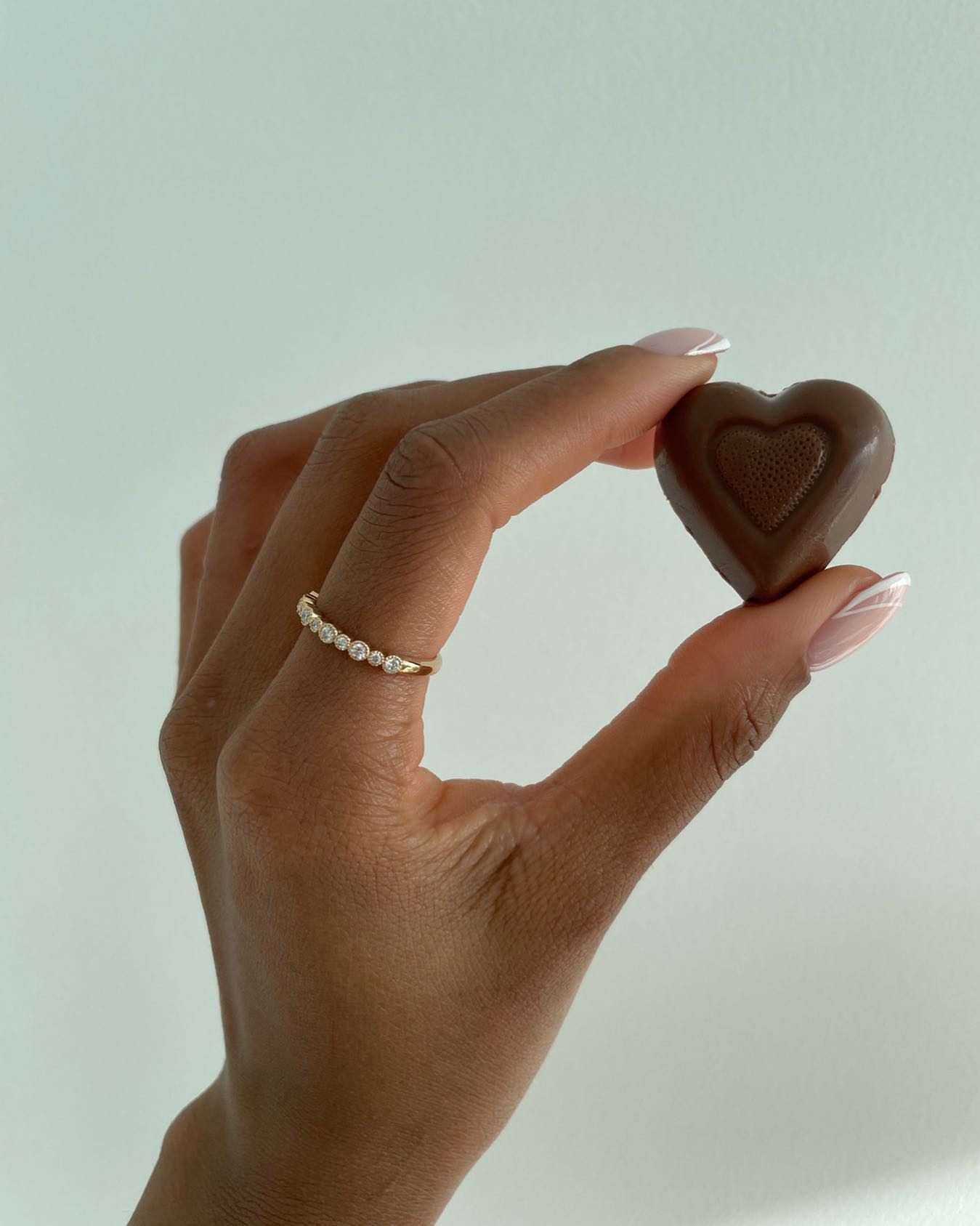 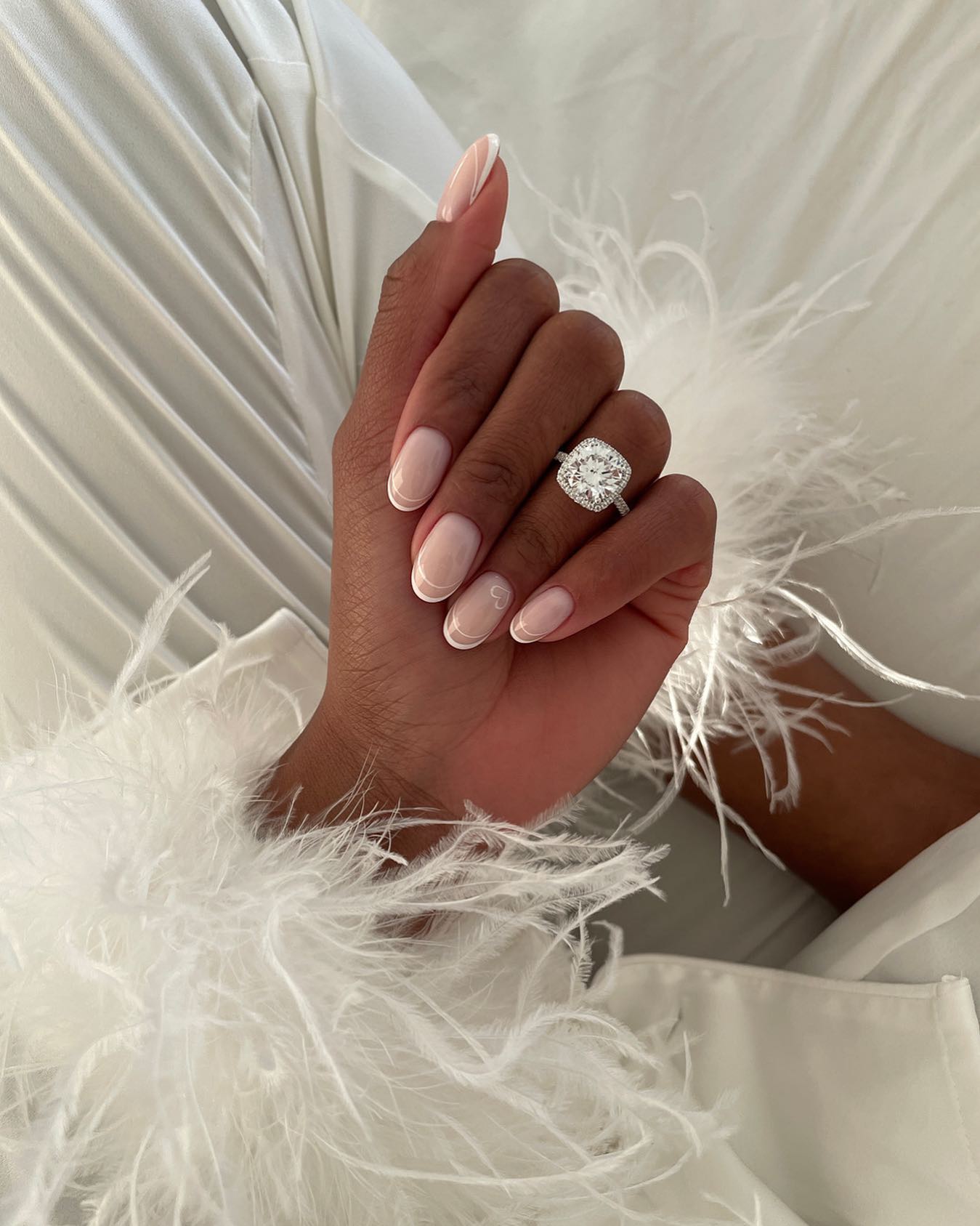