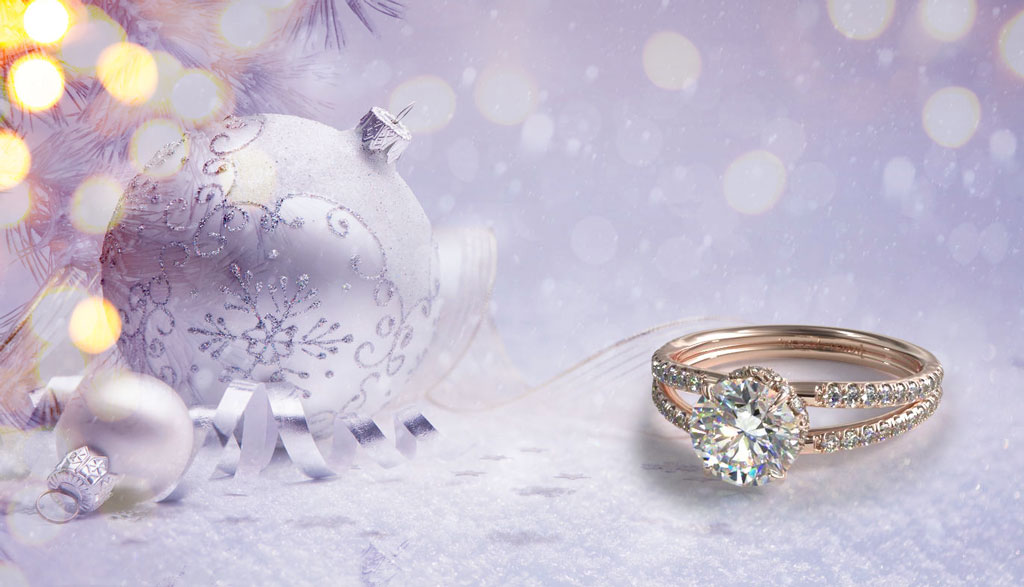 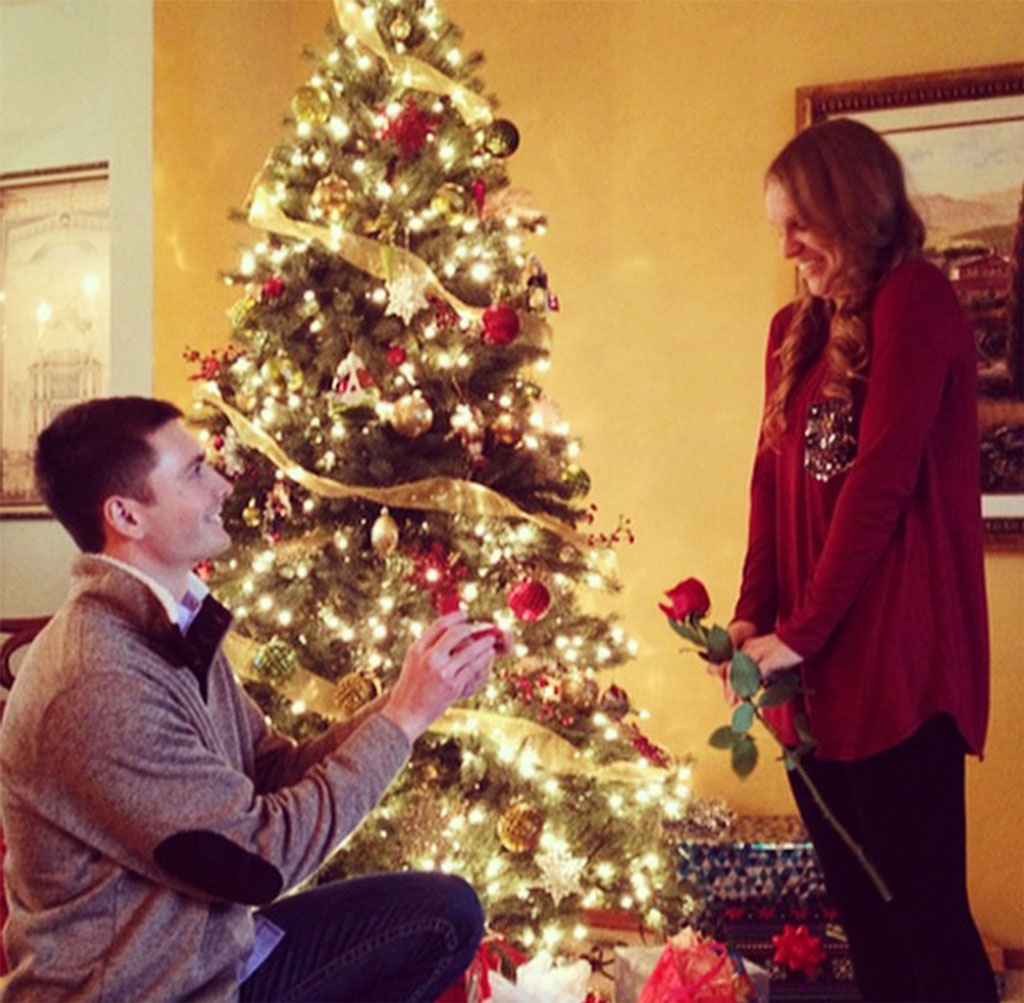 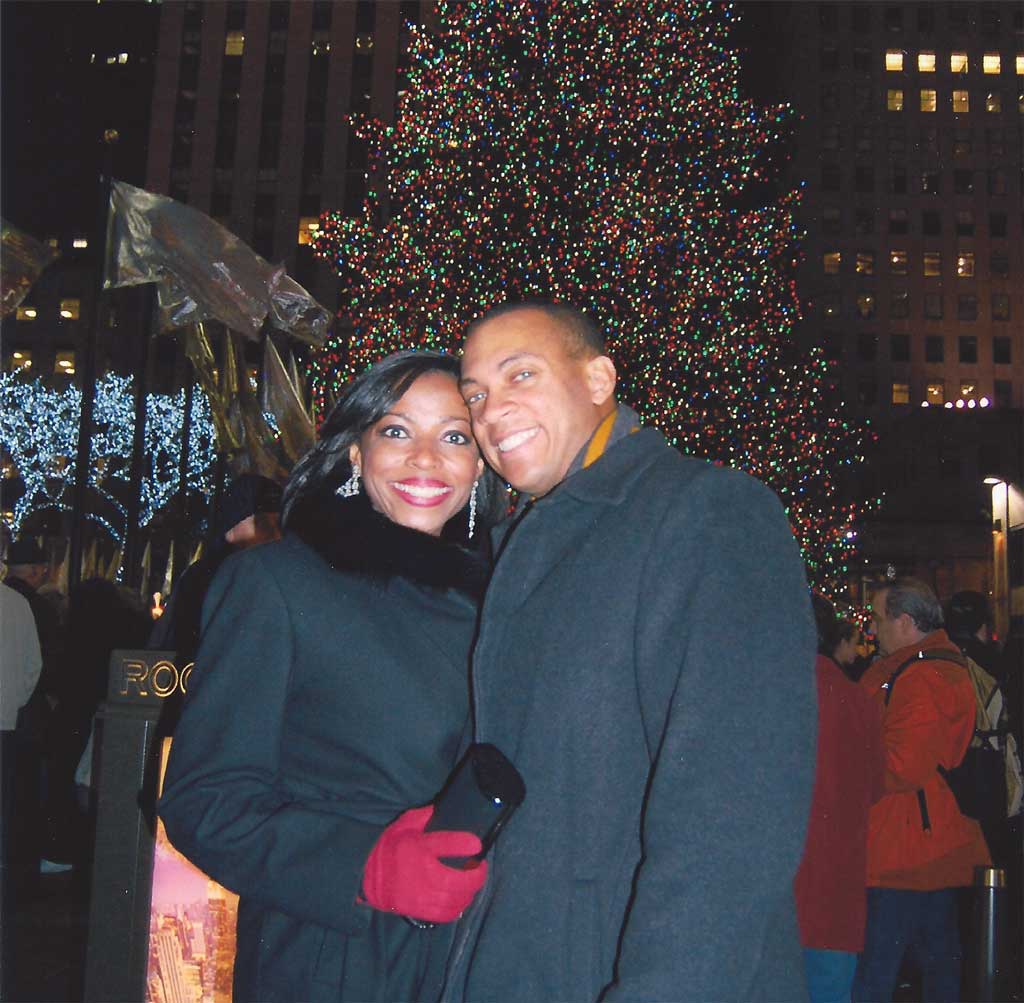 “It was December – Marie and I had been talking about getting engaged. She knew that I had ordered the ring. Thanks to Angie at James Allen, I knew the ring would be a home run.
After consulting her friends, I was warned that a big public proposal would not be appreciated, and to propose on Christmas or New Year’s might be to cliché. I teased her several times with fake proposals so she would be off guard when the day finally came.

I happened upon a customized Christmas ornament. We had picked up a Christmas tree for her place but didn’t get a chance to decorate it. We were having a party the following weekend and we were busy preparing for it. When she came home from work, I told her I got an ornament for the tree. I walked up and hung it. Marie came closer and stared at it…..and continued to stare at it. I asked her if she noticed the date. She said ‘okay…’ I pointed out that the date on the ornament is today. Still nothing but silence… So, I got down on one knee and proposed. 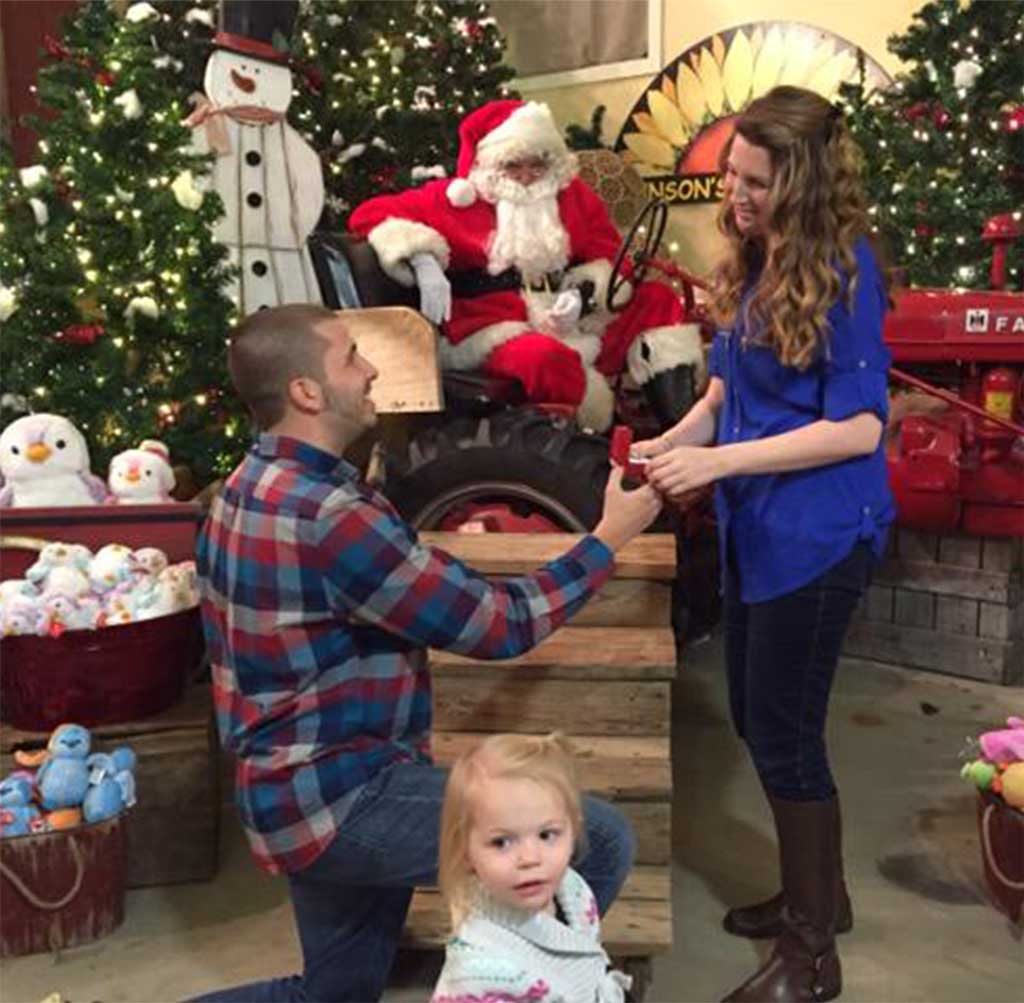 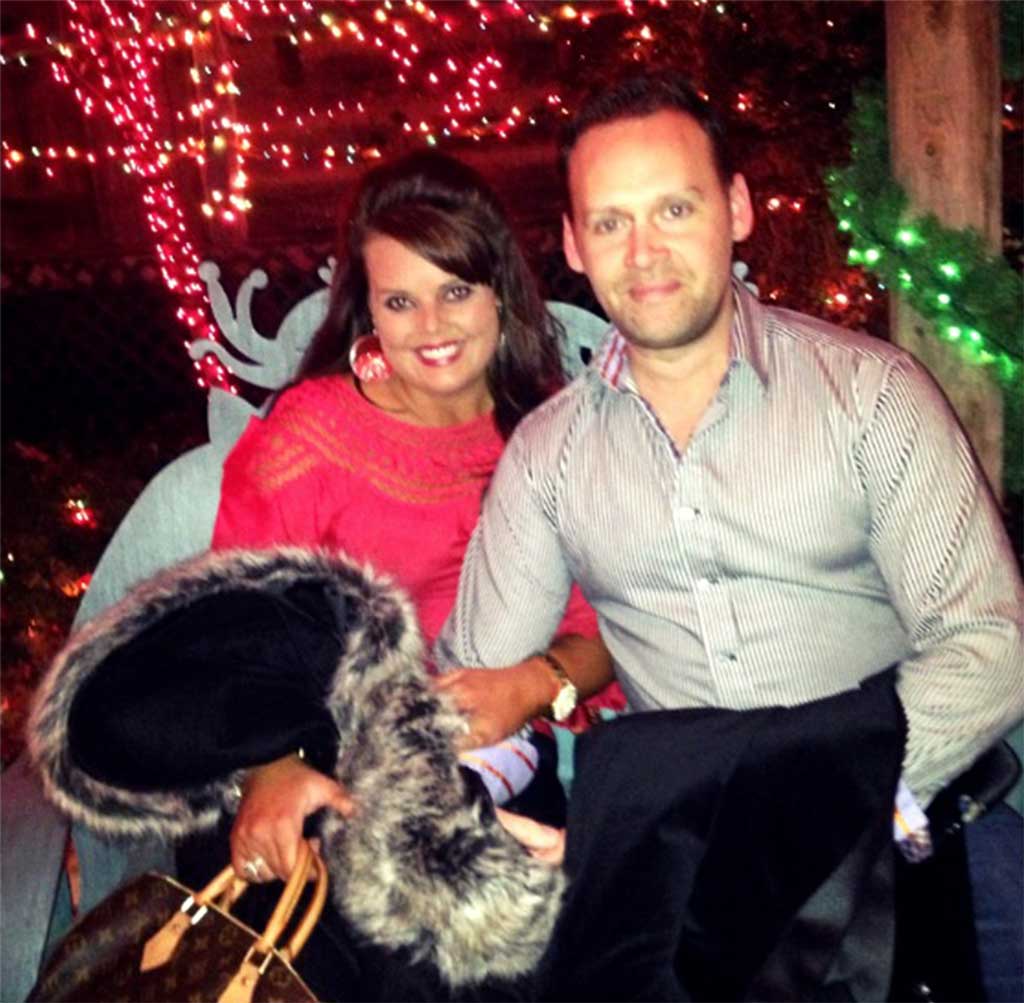 I’m just crying and in the rose bud was my ring and I screamed ‘YESSSS!!!!!’ We kissed and hugged!!! It was so perfect! He placed my beautiful ring on my finger. I said ‘Brad, this is the best night ever! I love you so much! I can’t wait to spend the rest of my life with you!’ We went to dinner and we just had the best night. I kept taking pics of my ring. It just sparkled!! It is just beautiful. We plan for a beach wedding….. Thank you for designing the perfect ring! I absolutely love it!!!!!!”