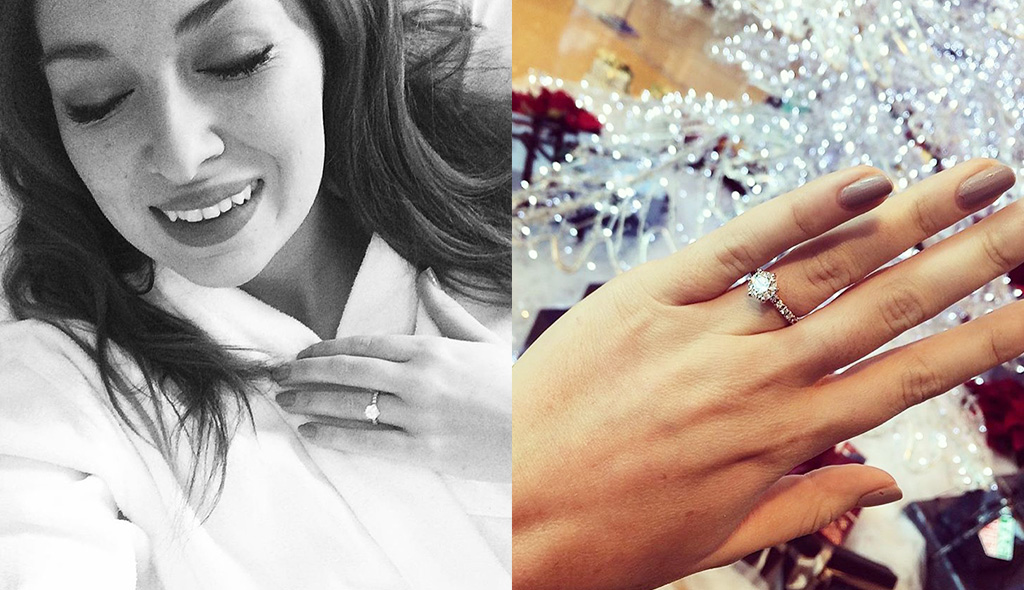 Read on for an incredible love story culminating in a dream proposal, and find out what the couple has been up to since!

Engagement Moment of the Month

James and Verity’s story began on holiday in Spain (did anyone else just get the Counting Crows’ song “Holiday in Spain” stuck in their heads?), in 2009. Although they are both from Neath, a small town in Wales, it took travelling to another country with their separate groups of friends for them to meet.

“As soon as I saw her at the airport on that trip, I knew I was going to marry her.” – James

Having been together for six years, James waited for just the right moment to propose, after months of planning. After extensive research on diamonds and help from the James Allen team, he was ready. He would do it on their trip to America’s Wild West. For the proposal he had planned, it was a must that he receive the ring at their Las Vegas hotel on an exact day – you can imagine how nervous he was that something would go wrong. However, his nerves relaxed when he saw the ring.

“I need not have worried. Once I hid myself away in the bathroom of the hotel and unwrapped the box to get my first glimpse of the ring, I was blown away. It was everything I had wanted and more.” – James

Now let’s get to the proposal.

After a long drive to the Grand Canyon, they stopped to take in the breathtaking view and take photos. While Verity was busy admiring the canyon, James called her over to look at something, and took out his headphones. She didn’t understand what could be so important to show her right then.

James plugged both of their headphones into the phone. With the beautiful canyon in front of them, they sat and watched a video. Verity noticed a shot of their house in the beginning of the video – it was then that she realized that something big was happening. The video continued on to show their lovable dog Wilson and a song began playing – James was singing! The song told the story of a boy who felt alone until he met a girl on a trip. Overcome with emotion and tears, Verity saw the video end with James holding a sign, instructing her to look at him. She turned around, and there was James, offering her a beautiful James Allen ring in a shiny red box. Of course, she said yes!

Read the full story in their words

“In the sunlight, it sparkled like nothing I’ve ever seen, and the simplicity of it makes it even more beautiful. I admire it every day, and each time I find it catching the light in a new and gorgeous way.” – Verity

Life since the proposal

When couples head off into the sunset, we don’t usually get to hear about what happens after the proposal – what we sometimes forget is that life goes on after the proposal! Let’s hear from James a bit about their lives now.

“Life since our engagement has brought so many wonderful moments, the most special of which being the birth of our first baby! We welcomed our little boy, Ari into the world on the 3rd November this year, and we are so in love with him!

We have also started planning another trip to America, which will incorporate a visit to Yosemite (where we would love to get married!). We are so excited by everything that has happened in the last year and are even more excited for all the adventures that lie ahead for us as a family.”

What do you think of this grandiose Grand Canyon proposal? Share your thoughts and congratulate the couple in the comments! 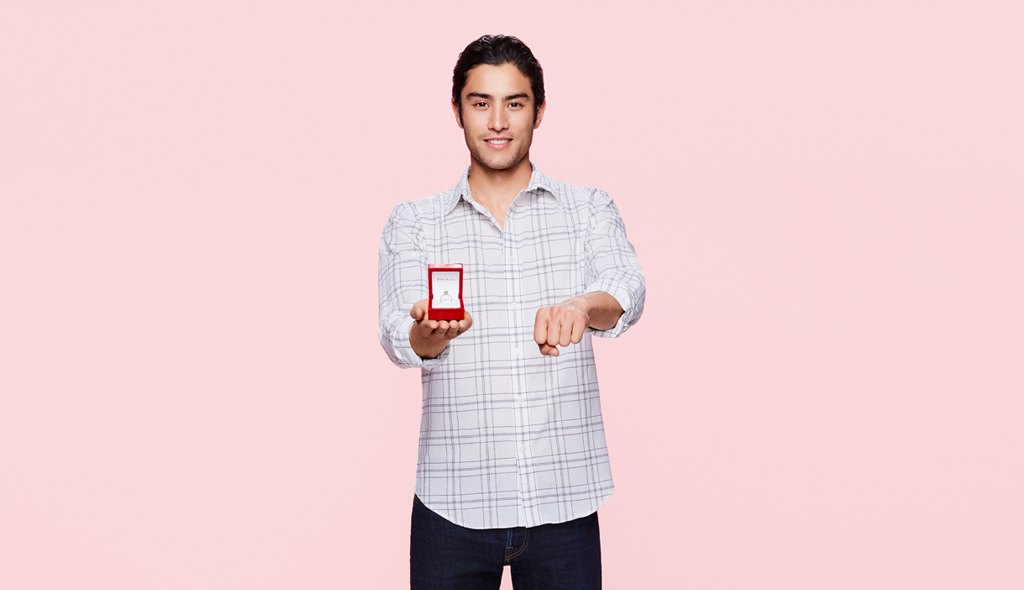 Guys – you’ve decided she’s the one and are ready to put a ring on it. That’s all fine and dandy, but how in the world are you supposed to ask her? There are about a gazillion different proposal ideas floating around there on the internet, and you’re also getting confused by having each friend you’ve consulted with telling you conflicting advice…

Well, here’s a new piece of advice – CALM DOWN! It’s her we’re talking about… and she adores you. The most important thing is that you be yourself. The rest is just logistics. Then again, a little advice never hurt anyone. If you’d like to hear from proposal experts, you’ve come to the right place. At James Allen, we know everything proposal. Just take a deep breath, follow these steps, and you’ll be fine.

And ladies, help your man out and send him these proposal ideas – he’ll thank you for it!

She may know you love her, but she still needs you to show her every so often. To most women, there’s nothing we appreciate more than when you make an effort. And that could mean anything from picking up your dirty socks from the floor, to take us on a fun date night, to planning the proposal of our dreams. So go ahead, put your thinking cap on and get to work!

Proposal Tip #2: Have Fun With It

Just because you’re about to ask her to make an enormous decision which will change your lives as you know it (no pressure or anything), that doesn’t mean that you can’t have a little bit of fun with the proposal. After all, one of the things she loves about your relationship is that you know how to make life fun, in your own, unique way.

Nobody forgets their own proposal. That would be weird. But still, make it something that will bring a dreamy look to her eyes whenever she looks back on it. Make it something that she’ll be proud to tell her friends and grandchildren about – something that’s worthy of writing a story about for James Allen’s Engagement Moments. How do you do this? Sorry, you’re on your own for this one. That’s where Step No. 1 (put effort into it) comes in handy. As long as you do that, it’s going to be memorable.

Some of us make a big thing about not conforming to society and paving our own way. However, when it comes down to it, show me one girl in love who wouldn’t like her boyfriend (or girlfriend) to get on one knee and ask her to marry him. It shows respect, and that you’re taking this commitment seriously. We are all connected to the past, to the people who came before us, to the men who knelt down before their brides-to-be and asked the anticipated question, to the women who were taken aback when hearing that question (even if they knew it was coming) and said yes. The very idea of proposing itself is a tradition, as is the engagement ring.

Keep in mind that this is the moment she has been waiting for since, well, pretty much ever. She acted out proposal scenes with her Barbie and Ken dolls, she imagined finding her own Prince Charming when watching Cinderella walk to the carriage in her wedding gown (why do you think Disney Proposals are such a popular choice?)… and now she finally found the one who could give her her very own fairy tale. So it’s your job to give her that magical feeling she deserves – embrace the romantic inside you and sweep her off her feet!

Proposal Tip #6: Be Yourself

You’re the one she’s going to say yes to – not the proposal. Do something that feels like you, and you’ll both be more comfortable. Don’t try to compare your proposal idea to other people’s proposals – while you should take a look at other proposal stories for inspiration, at the end of the day, it’s you who she fell in love with, and she’ll adore whichever direction you choose to go in.

Now that you’re ready to plan the proposal, it’s time to choose the ring!

Is the proposal already behind you? Share your James Allen proposal story: Media@JamesAllen.com.